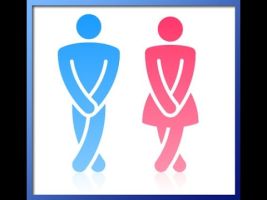 Incontinence is the feeling you need to urinate even when the bladder isn't full.

Most people take bladder control for granted — until the unintended loss of urine interrupts the ability to carry on an ordinary social and work life.

Often, the causes of incontinence are out of a person's control.

For example, in women, incontinence is a common side effect of childbirth. For men, it's most often a side effect of treatment for prostate problems.

Although it may not be possible to avoid incontinence, you can take steps to lower the chances that you will develop this distressing problem.

Watch your weight. Excess weight and incontinence can go hand in hand, particularly for women. One theory is that extra abdominal fat can weaken the pelvic floor muscles and lead to stress incontinence (leaking when coughing, laughing, sneezing, etc.). In some cases, simply losing weight can improve incontinence.

Don't smoke. Smoking threatens your health in many ways. It also doubles the likelihood that a woman will develop stress incontinence. Nicotine has also been linked to urge incontinence.

Stay active. In the Nurses' Health Study, middle-aged women who were most physically active were least likely to develop incontinence.

Minimize bladder irritants. Caffeine and alcohol have been linked to urge incontinence (the feeling you need to urinate even when the bladder isn't full). Carbonated drinks, the artificial sweetener aspartame (NutraSweet), spicy foods, and citrus fruits and juices cause urge incontinence in some people.

Don't strain with bowel movements. This can weaken the pelvic floor muscles. If your stools are frequently hard or take considerable effort to pass, talk with your doctor. In a study involving people ages 65 and older, treating constipation improved a variety of urinary symptoms, including frequency, urgency, and burning. Increasing the fiber in your diet and drinking enough fluid can help prevent constipation.

Treatments for urinary incontinence are more effective and less invasive than ever. If you have problems with the unintentional loss of urine, don't suffer in silence. Talk with your doctor.